DIONE area monitoring markers service includes a set of image analysis and machine learning techniques, made available via a REST API, which utilise Sentinel signals towards the identification of various crop types, land types (including permanent pastures and Ecological Focus Areas) as well as the detection of agricultural activity (mowing, ploughing, harvesting) at several times during the growing season.
The current version of the service includes the following markers:
The tool exploits DIAS’ storage of Copernicus data in its fullness, through the usage of Sentinel Hub which is operational on 3 out of 4 DIAS-es, making use of not just the data but also DIAS provided services such as data catalogue.

Last but not least, the system is designed and implemented in a cloud agnostic manner, exploiting the capabilities of the selected cloud while ensuring through the provision of alternative options, that there is no hard dependency on a specific cloud. 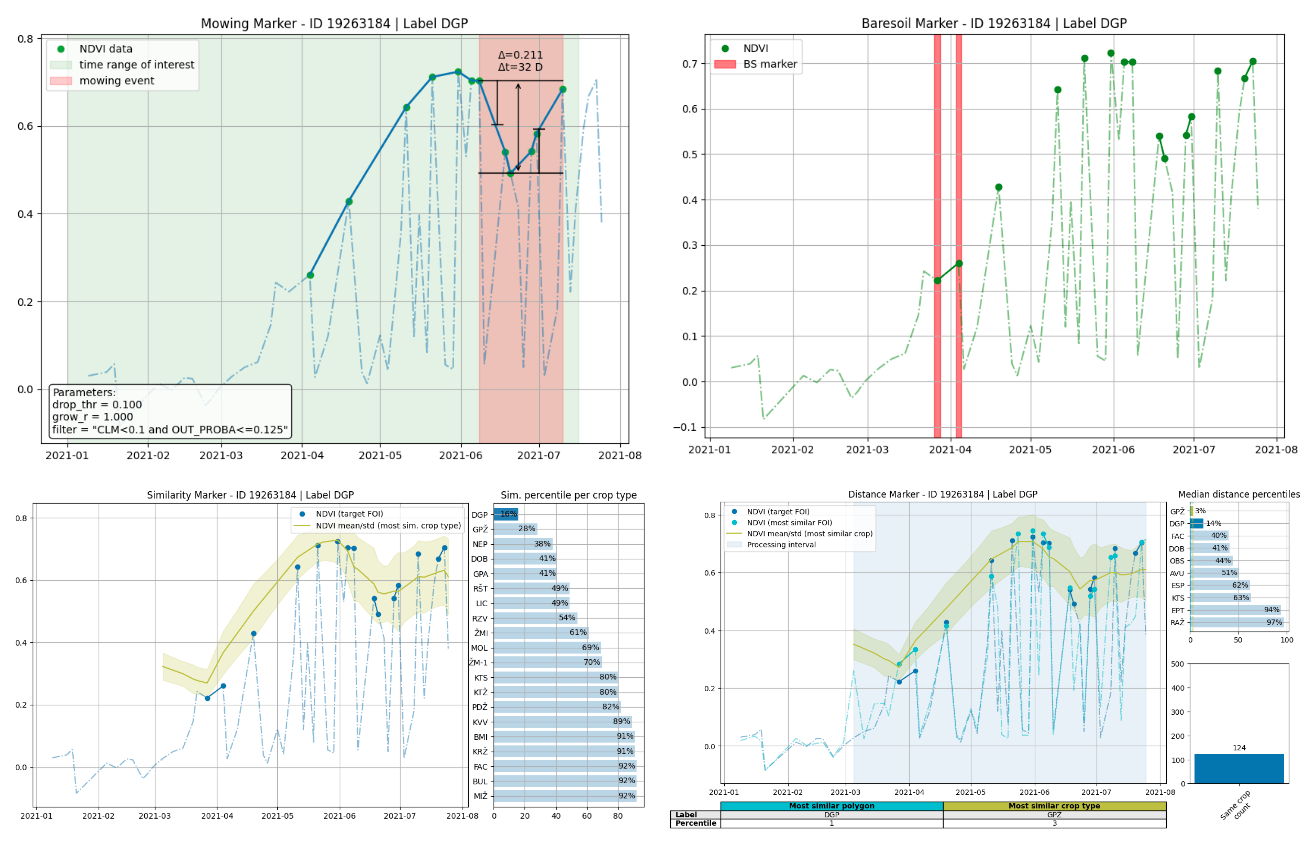 The drone/UAV platform represents a combination of hardware and software tools that are employed towards the conduction of drone flights in targeted areas of interest (i.e. regions of small, narrow and elongated land parcels and/or areas with significant cloud cover). The system can efficiently support end-to-end operations ranging from mapping control and flight planning to data processing and management.

It involves the implementation of machine learning and data fusion algorithms that support the extraction of useful information from highly variable inputs. This will further allow the distinction of landscape features, which would otherwise not be available in Sentinel 2 data.
The use of VHR data (Copernicus Contributing Missions) in combination with drone imagery will enhance the super-resolution modelling capabilities, enabling the augmentation of the training dataset (spatio-temporal scale) and subsequently leading to increased model performance.
The goal is to enhance the outputs of the area monitoring markers, and especially in the monitoring of small (i.e. 100m2), narrow and elongated parcels.

It is a software tool that consists of deep learning network architectures that enable the augmentation of the coarser resolution bands of Sentinel 2 bands (20, 60m) to the resolution of the finer bands (10m). 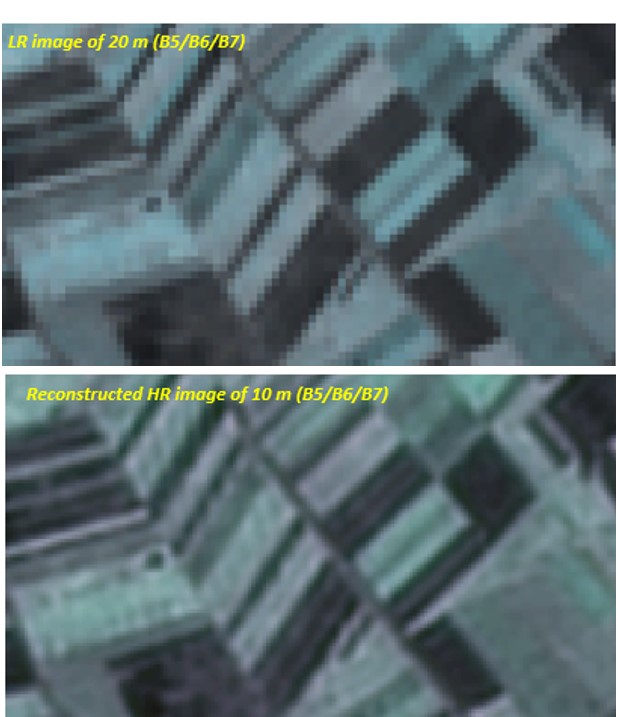 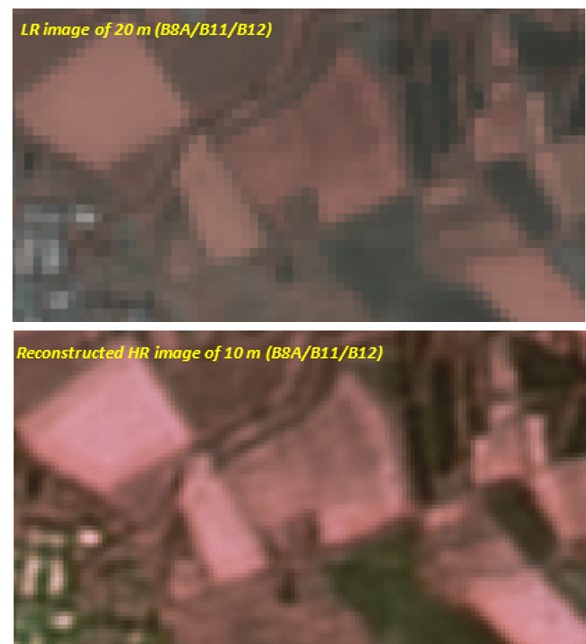